The Cross Slot® suite of low-disturbance no-tillage (LDNT) technologies arose almost by accident. As a young scientist, Dr John Baker initiated a project at Massey University, New Zealand in 1967 that sought to identify and correct the reasons why early no-tillage sometimes failed around the world. His team of international scientists and 27 graduate students unraveled the science of how no-tillage machines work in untilled soils and why many fall short of promoting fail-safe seedling emergence or maximizing crop yield.

All of these findings were published in the international scientific literature and have never been challenged. They earned the team several technical innovation awards and Baker a prestigious Sir Earnest Rutherford Science and Technology medal in 1996. The team was a finalist in the 2010 World Technology Awards in New York and Baker was nominated for the world Food Prize in 2013 and 2014. He was also invited to present his findings to a special sub-committee of the US Senate in 1989 in preparation for introducing The US Food Security Act (1990). 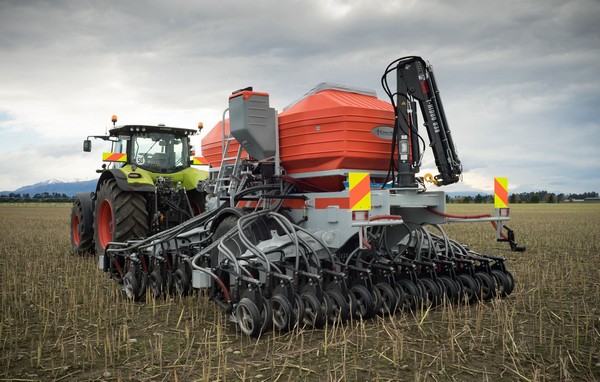 Over time, scientists were finding that no-tillage had only partly realized it's potential to make world food production truly sustainable. In fact the term "no-tillage" had been hijacked by many inferior technologies. There should have been huge advantages in environmental impact, sustainability and carbon sequestration but these were being only partly realized.

It was perhaps inevitable that someone would respond to Baker’s early discoveries by asking him if you have found so many faults of existing openers, why did he not design a better one?

It seemed a reasonable question. Baker was part engineer and part agronomist and had invented several components of agricultural machines as a young man. He held a bachelor’s degree in agricultural science, a masters degree in soil science and a PhD in agricultural engineering. But before he designed anything resembling a new no-tillage opener, he wanted to have verifiable scientific reasons for every engineering design choice that he or his team would make. He did not want to leave anything to chance. After all, no-tillage farmers get only one opportunity (in a single pass over the field) to create suitable soil conditions for seeds and he wanted to know that each of the functions of his machines would be backed by robust science.

After many years and prototypes the Cross Slot® Opener was born!

Cross Slot® is the only Opener in the World that achieves all 5 functions that define Low-Disturbance No-Tillage (LDNT)...